Did You Know The Earth Is Singing? 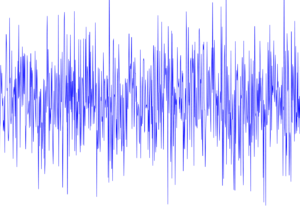 We’ve all heard that vibrations are being used to describe much of the way the universe works.    Sound, for example, is a vibration you can easily identify. If there are people around you, you can hear their voices. You may think they are speaking words, but actually their vocal chords are moving air molecules in a certain way that creates a particular vibrational frequency, which gets picked up by your eardrum and digitized by your brain into zeros and ones. So language, like matter, is really an illusion! As you’re listening to it, you may be hearing words, but perhaps you can also tune in to the different vibrations in tone.

Now if you really pay attention, you can hear the vibrations of voices. But what about the vibrations that you can’t hear? You may be sensing them, even though you don’t realize it.  This may be why you feel drawn to some people and repelled by others.  You’re picking up on everyone else’s energy on some level, which means you are feeling their vibrations. Like the song says, “I’m picking up good vibrations.”

This all seems reasonable because we have the sense—in this case our hearing—to validate it for ourselves.  But did you know that the Earth is also vibrating?   In fact, you could say it is actually singing. This is because we can now measure the vibrational frequencies of actual matter. And so the Earth, we now know, vibrates at 7.83 Hz on a particular scale.  The scale is called the “Schumann Resonances”, which is named after physicist Winfried Otto Schumann, who predicted it using mathematics back in 1952. 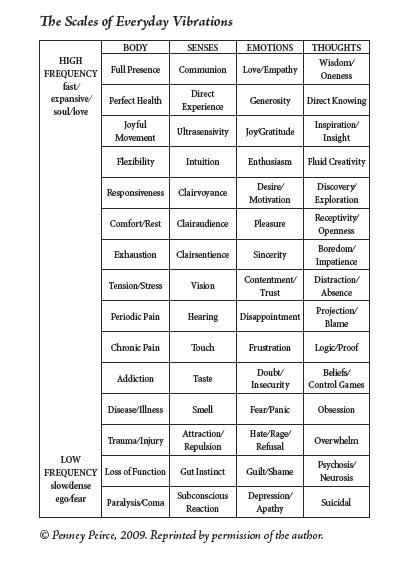 Author Penney Peirce supposes that each of the energy frequencies of matter have matching consciousness frequencies. She correlates different brain wave frequencies with different states of consciousness, and created a scale that maps the vibrations of everyday reality—your body, senses, thoughts, and emotions:

In ancient times, this idea was known as “Musica universalis” (literally universal music), as well as also called Music of the Spheres or Harmony of the Spheres.  This is an ancient philosophical concept that gauges the proportions among the movements of celestial bodies—like the Sun, Moon, and planets—and puts them together as a form of music.   It constantly amazes me how much wisdom there was in ancient times that we just take for granted as recently discovered.   And so you would have to say that the ancients were right when they talked about the “music of the spheres”.  It turns out that the Earth really is singing! 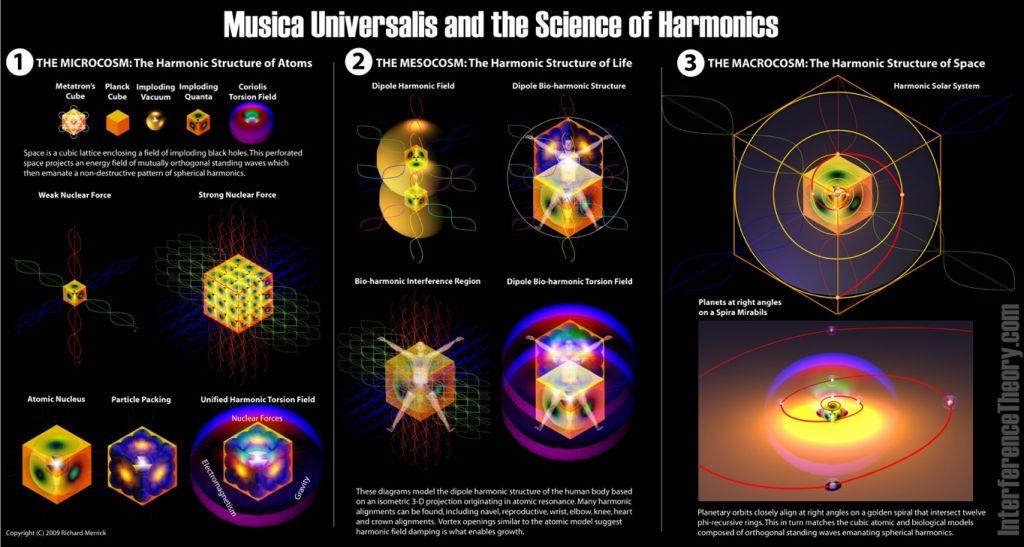