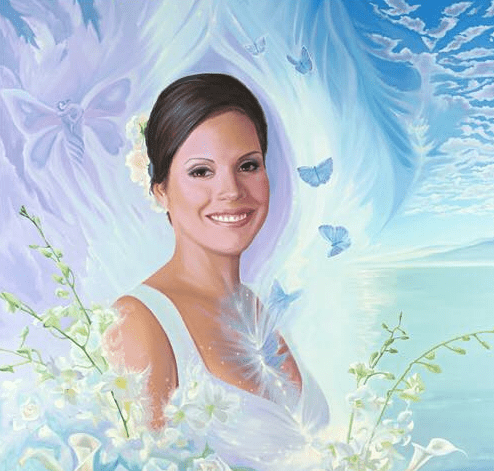 What happens to us when we die?

Seven years ago today, my wife Margot took her last breath and left her body. I was at her side, along with her mother and her sister. We checked for a pulse and for a heartbeat; there was none, she had died.

Or had she? I have revisited this scene in my mind hundreds of times over the past seven years. It was as obvious then as it is now, she had died. And yet, as I reflect back on that moment, as I have done so many times before, I am struck with the same thought, her physical body had ceased to function, she was no longer in it, but she was still in that room. Her spirit, soul, essence, energy, personality—whatever we choose to call who we really are—was still in that room, In fact, her spirit has been with me often over the past seven years, in such powerful ways that I believe that we—you and me, our souls—can never die.

The first thing that comes to mind is how she faced her terminal diagnosis. While battling and fighting to save her life and praying for a miracle, simultaneously she quietly prepared to leave this physical world. Every night we would listen to two amazing books on soul life, Destiny of Souls and Journey of Souls by Michael Newton, PhD, preparing her to return to her soul family. She started to say goodbye to her family and friends, and also worked on cleaning up any issues that needed to be cleared away and swept into the waste bin of human stories.

Although we both believed deeply that we had known one another since the beginning of time, in this life we were only together ten years in the physical form. And now for the past seven years, she has been constantly arising in my consciousness and awareness, and at times even guiding my very steps.

It all started two weeks after her passing, I walked into our bedroom, where she had taken her last breath. I walked fifteen feet into the totally dark room, past the switch to turn on the lights, when suddenly all of the spotlights in the ceiling turned on. Startled, I immediately sensed her presence. If you have heard from a loved one who has passed over you will know the sensation I am describing. In such moments, the voice in your mind is so real that you actually feel as if you are hearing it with your ears. 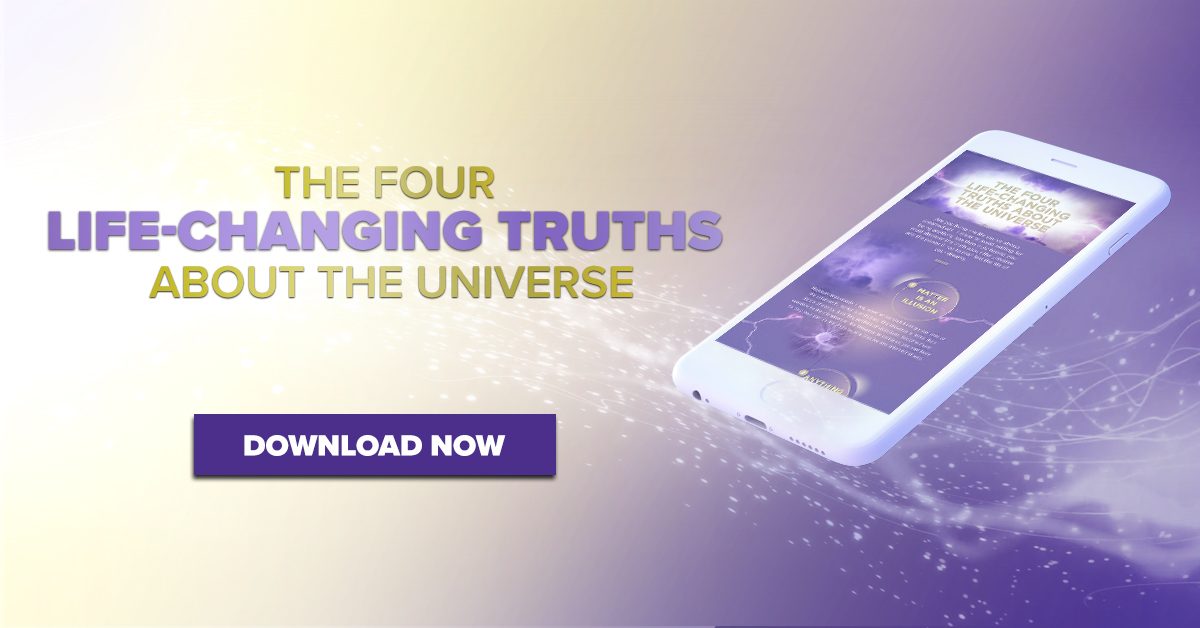 I heard her voice clearly, I felt her presence, and the words she spoke were filled with her energy, her personality. I knew that it was her, and she said to me, “they hardly ever allow this, but they are allowing me to stay behind and be your guide.” Margot was a terrific salesperson, so there was no doubt in my mind that she could have pulled this off.

Five months later, I had a crazy dream/event one night. I was hosting an employee Christmas party in Oakland and I had invited three couples who were very close to Margot to fly up from Los Angeles for the party. One of the husbands, Allen, had some business to do in Oakland so he flew up the night before, the other five would arrive the following day for the party.

I said goodnight to my friend Allen and went to bed. During the night I awoke and realized that I was outside my body. I felt like a missile going thousands of miles per hour, faster and faster, and I knew that I was going to where Margot was. Then I saw a large doorway and I knew without any doubt that once I got through that doorway I would be with her again. My speed doubled. The moment I hit that doorway it felt like a little kid running out to the back yard at full speed, only to hit the glass of the sliding door, BAM!!!

I was knocked back into my body, laying on the bed, so forcefully that my body bounced off the bed. I was wide away, in a strange surreal shock that had me laughing out loud. I lay in bed for another hour contemplating what I had experienced, then I got ready to go to work. Before departing, I told Allen the bizarre experience I had during the night.

Later that day, as Allen picked up the other five at the airport he was shocked to hear that one of the new arrivals, Stephanie, had the exact same dream as I had the very same night. The only difference was that she was in Los Angeles and I was in Northern California. She experienced traveling with me toward the doorway, which in her dream, was shaped like a heart, and when I hit it I was repelled into her arms and not back into my body. Interestingly, some weeks earlier, Stephanie had given me a crystal and asked me to pray that she would conceive a child. Every night I held that crystal and asked Margot to see what she could do to help Stephanie get pregnant. In my entire life I had never had a dream or out-of-body experience like this. Little did I know that in just a few months I would have an even more powerful one.

It was the spring of 2012, ten months since Margot had left her body, and while I was sleeping I again found myself traveling at high speed to a place where I knew Margot was, only this time I arrive at a destination. I was walking down a paved path at the most beautiful beach resort I had ever seen. To my left was a pristine stretch of sandy beach and the blue ocean. The weather was absolutely perfect. To my right, hundreds of people were sitting in outdoor restaurants, eating, drinking, and laughing. Everyone was so happy, I could actually feel their happiness.

As I walked down this path I was amazed by the beauty, the perfection of it all, and I know without a doubt that she was here, in this place, and I would find her. As soon as I finished the thought, there she was. She was walking with two friends, talking. She looked almost the same, yet slightly different—just different enough that I made a note of it in my mind. When she saw me, a look of panic appeared on her face. She immediately looked to the left where another friend of hers is sitting and her friend asked her a question. Telepathically, I could hear them having a conversation, but no words were being spoken. Her friend asked, “Is that him?” She responded “Yes!” while at the same running towards. Throwing her arms around my neck, she whispered in my ear, “You can’t be here!”

Again, I was thrown back into the sleeping body on the bed, even harder than before, even more wide away, and laughing hysterically about what I just experienced. Just as before, I knew I had never ever experienced anything so intense, and there was no doubt in my mind that whatever had happened, it was real.

Inspired by these experiences, and still going through intense grief, I decided to make an appointment with a medium in San Francisco by the name of Felix, who many friends had recommended. My reading with Felix would take place in forty-five days, and although somewhat skeptical of such things, I was excited to see what would take place.

My reading with Felix turned out to be mind-blowing. I recorded the reading and had it transcribed. There were easily twenty things that confirmed to me that Margot’s spirit was there, but for sake of brevity, I’m going to limit myself to sharing just a few of the messages I received. He started out by telling me, “Your wife’s very fiery! She’s very energetic, she’s made things happen at the house, she wants you to know that. She’s made lights flicker, and she’s messed with the electricity in the house. She’s not trying to scare you, but she wants you to know.”

After a moment, he continued. “Your wife liked stones. What’s this crystal, she’s showing me that you have a crystal. It was after she left that you were given this crystal, she wants you to know that she knows.”

He also confirmed my prior experiences. “You have experienced it yourself, the spirit. When I first shook your hand, I had a sense of, he knows. I knew that your wife would come through, because I know that you have actually experienced her yourself, in the dream state. Not just once, but more than once, and it’s like you know she’s in another place.”

The reading went on and on, with Felix saying so many things that there was no way he could know. For now, I want to focus on one thing that came through that no one could ever know because it appeared again a few months after this reading from a completely different source. Although I have dozens of reasons to believe that we can never die, the following two stories cement it for me, and hopefully will offer you some comfort now, or in the future.

After Margot passed, I was a broken and depressed man, I was fighting every day to find the desire, the will, to keep on living my life. To ease my grief, whenever I was driving my car, I would put my elbow on the armrest, reach out my hand to her in the passenger seat so that she could hold it, and I would speak to her. Every time I drove in my car alone I would do this.

After this reading, I continued to put my hand out for her to hold, and I continued to talk with her. The only difference is that I would also turn my head to look at her while I talked to her.

Three months later I received this text message from one of her best friends, Temy: “Mike, I had a reading in Sedona last weekend and I received a message from Margot for you. She said, ‘I love him, tell him I love him, tell him that!’ Then she said, ‘There are times he talks to me and thinks that he is actually looking at me and that I am sitting right next to him. I am. Tell him he is not crazy and that I am there.’” As I finished reading the message, I started balling.

I could go on writing for days about all of the magical beautiful moments like the ones described above. I’ve had so many incredible experiences. But I must stop now. I hope that my story of love, of loss, of life after death, gives you hope that whomever you have lost is doing just fine. And I hope it helps you to believe that when we each take that last breath and leave our bodies, it is not the end, but a new and exciting beginning! 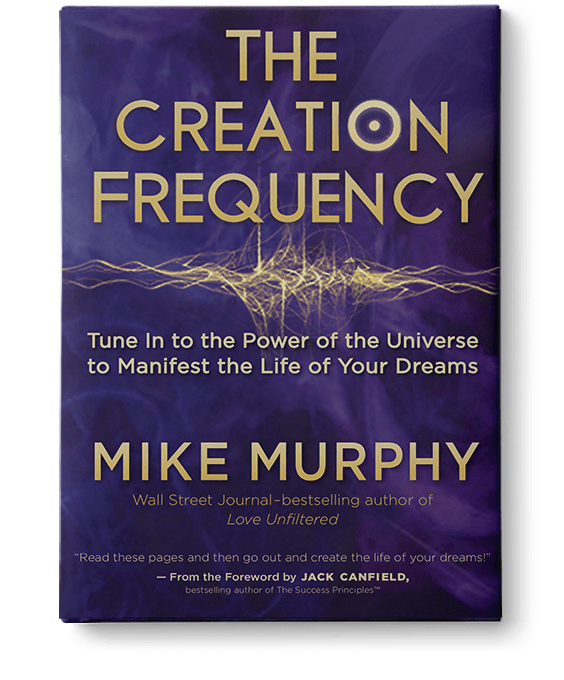